Passiflora incarnata commonly referred to “passion flower” is a native plant in the southern parts of America though currently it is grown throughout Europe.

The plant is classified as a vine with climbing properties, it is made up of herbaceous shoots, a sturdy wooden stem which may grow to up to thirty two feet above the ground, and flowers each composed of five white petals and five sepals, these flowers may either be blue or magenta in color. All the parts of the passionflower above the ground can be used as medicine.

This flower was traditionally used a calming herb for seizures, hysteria and anxiety, today it is still used as a remedy for anxiety and insomnia among other conditions this is because it increases the concentration of a chemical referred to as gamma amino butyric acid in the brain which lowers the activity of some cells in the brain hence giving a person the feeling of relaxation.

Passion flower was discovered in 1569 by a group of Spanish explores in Peru, and named it like so since it resembled the crown of thorns placed on Jesus head during the time of his crucifixion, and so they believed that this was a symbol of his passion and an indication of approval for their exploitation. In combination with other herbs it was used as sedative to promote relaxation and calmness, some kinds of passion fruits were also eaten when ripe.
Later in America, passion flower became approved as a sedative and sleep aid sold over the counter but since its effectiveness and safety failed to be proved, it was taken off the market in 1978.

Passion flower has a number of medical uses, this include; treatment of insomnia, anxiety, epilepsy, restlessness, gastrointestinal upset related to anxiety or nervousness, relief of symptoms associated with withdrawal of narcotic drugs, symptoms related to menopause, hypertension, palpitations, attention deficit- hyperactivity disorder, fibromyalgia and excitability.
Passion flower is also used together with other formulas to reduce pain associated with muscle turmoil and muscle tension, hemorrhoids, and inflammation of the skin since on its less effective in pain relief on its own. Passion flower is non-addictive compared to other sedative drugs.

Fresh or dried leaves of passion flower may be used to make tea where a teaspoon of dried herb should be boiled in a cup of water for approximately 10 minutes, then taken according to the indication e.g. drink one cup before going to bed for insomnia, The dried leaves can also be smoked and this brings a feeling of relaxation, and may reduce headaches. Other modes of use are through liquid extracts, infusions and tinctures. Passion flower extracts can be added to food and other beverages to add flavor.

Passion flowers has a number of effects beneficial to the user (as stated above). Three to four cups of passion flower tea a day considerably reduce anxiety, a combination of this herb with other drugs bring relief for pain and other conditions. Smoking the herb produce an effect of relaxation.

A combination of passion flower with clonide work best to relieve tremors and nausea.

Passion flower may lead to some side effects like irregular muscle action, dizziness, altered consciousness, nausea, rapid heart rate, vomiting and inflamed blood vessels in few patients but it is relatively safe in recommended doses. It should not be taken during pregnancy and breastfeeding

In the united states the use of passion flower is uncontrolled, hence cultivation, possession, distribution and buying of the plant and its extracts is legal without a license or prescription. 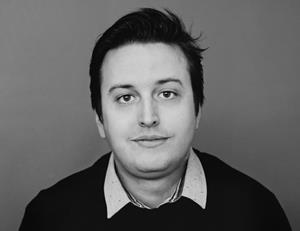 Axel42 is the nickname used by the founder and main content editor of this website. He launched Smokable Herbs in 2011.

Digital marketer first, he used Smokable Herbs as a sandbox to test ideas and deploy content.
When he’s not busy working, he can be found editing this website.