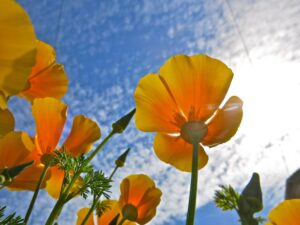 The California Poppy (scientific name Eschscholzia Californica Papaveraceae) is a bright golden orange flower that grows along the western coast of the United States.
Though it is native to California, it can also be found in France, Australia and Chile.  The California Poppy, also known as the golden poppy, copa de oro and khishkhash Kalifornia, is known for having sedative, analgesic, and antispasmodic properties.  In fact, it is considered a sub-opiate, as it is a milder version of the red poppy from which we get opium.

Native American used the California Poppy in tea to treat headaches, anxiety, insomnia, as a topical analgesic and to relieve tooth pain.  While Native American Indians would cut the root and apply the juice of the Poppy’s root to the source of their tooth pain.

The California Poppy can be smoked, diffused in a diffuser/vaporizer, used as an infusion or tea, or even as a readily prepared tincture or powder.  It is most commonly used when treating anxiety issues, insomnia, incontinence, and nervous tension.

It has also been seen to reduce the effects of ADD and ADHD and increase mental and memory concentration in older adults.  It can also help to suppress lactation in women who have been breastfeeding or who have recently given birth and do not plan to breastfeed.

While all of these can be helpful, California Poppy’s most special recognition is for its use as an analgesic and antispasmodic, making it helpful in relieving the symptoms of joint, muscle, and nerve pain.

Anxiety:  California Poppy can relieve stress and anxiety.  It can be very useful in winding down after a long day.

Sleep and Insomnia:  One of the most common uses for the California Poppy is in treating insomnia.  As a tincture or tea, this herb can help you get a restful night’s sleep.

Restless Legs Syndrome:  The California Poppy has a relaxing and anti-inflammatory properties that can really help with restless legs.

To relieve Pain and Tension:  California Poppy is growing in popularity as a pain relieving herb.  It’s sub-opiate properties create a mild opiate like effect, relieving pain and creating a comfortable relaxed feeling.

As a mild Euphoric:  Whether to relieve pain or simply for recreational use, the California Poppy’s mild euphoric effect can provide a legal, enjoyable, sense of euphoria.

Diffusion:  (with a diffuser or vaporizer) turns the herb into a mist that can be inhaled.

As an Infusion or Tea: The roots, seeds, and leaves of the California Poppy as well as the prepared powder can be used to make an infusion or tea.

As a prepared Tincture:  (liquid herbal extract) A few ml of California Poppy before bed can help with insomnia.

Users of this herb report:

Though the California Poppy taste is bitter and somewhat unpleasant, it provides a number of pleasant results that last about half an hour. It can also be smoked.

Unlike actual opium, the California Poppy has no known side effects, it is not addictive and  non-habit forming.  However, users are still cautioned not to drive or operate heavy machinery after using Golden Poppy.  It is also not recommended for use by women who are pregnant or breastfeeding.

While there are no legal restrictions regarding the use of Golden Poppy, this plant is the state flower of California hence picking, mutilating, or harvesting it within the state is a misdemeanor according to state law. 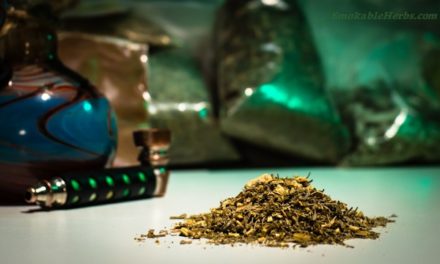 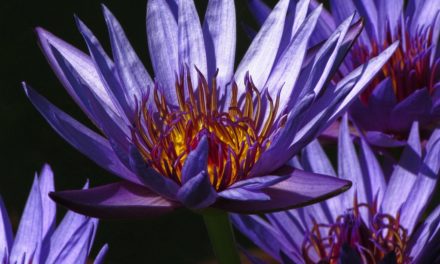 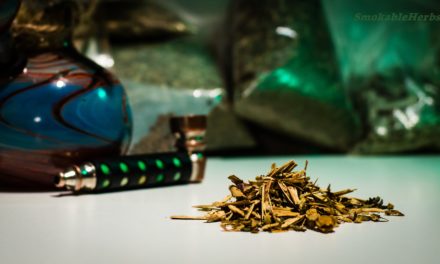 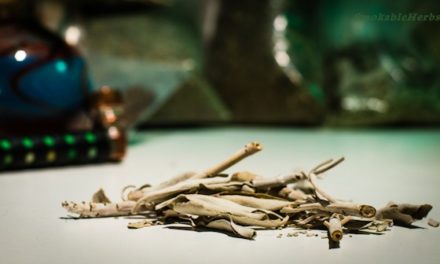